Muslims' understanding of Islamic teaching is diverse. Jurists, for the instance, emphasize the aspect of the outer of the Sharī‘ah while Sufis focus on the aspect of that inner. In history, the tension between them is apparently seen. The first even accuses the second group as a deviant, a heretic, and an unbeliever. Regarding this phenomenon, the study will explore underlying terms in Sufism namely Sharī‘ah, Ṭarīqah, and Ḥaqīqah and explain the relation of these terms based on the library research and descriptive analysis of the three words in the two books, i.e. Asrār al-Sharī‘ah and Jāmi‘ al-Asrār wa Manba’ al-Anwār of Sayyid Ḥaydar Āmulī. Whether the terms are self-sufficient or interdependent? This study concludes that the three terms are an integral unity that cannot be separated from one another since those three terms refer to the one essence, the one Truth. Those are Divine law brought by Prophet Muhammad.

Ulumuna journal of Islamic studies invites scholars and researchers to contribute to the journal’s upcoming publication Vol. 26, No. 1, June 2022 on the special topic of the study of Islamic Mysticism/Sufism. The journal accepts original manuscripts based on conceptual/ theoretical, historical or empirical studies that investigate the sufi doctrine/concept, practice and movement around the globe from any relevant perspective or discipline. See more 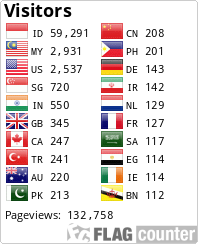 This work is licensed under
a Creative Commons Attribution-ShareAlike 4.0 International License.